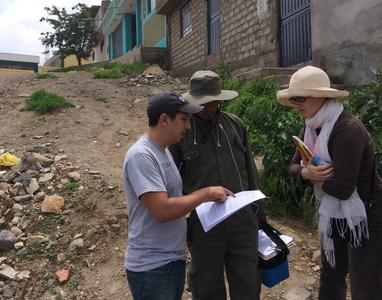 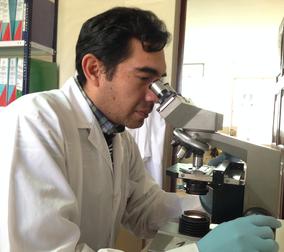 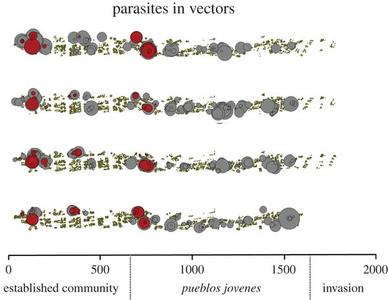 Spatio-temporal changes of vectors and parasites along an urban transect.

An Immune System for the City

The difficulties faced by a community when trying to control a dangerous insect are in many ways analogous to those faced by the body when attacked by a pathogen. Through evolution mammals have developed a complex and interlocking defense against invaders—an immune system well-honed to detect and control infections. The adaptive immune system relies on communication among autonomous entities to recognize pathogens and recruit effector cells; it includes a combination of systemic and local responses to remove pathogens; and, most amazingly, tightly regulates these responses and creates memory to improve them in the future. The aim of the proposed collaborative interdisciplinary and international research is to develop a new paradigm for the control of dangerous insects patterned after the adaptive immune system. The project will adapt aspects of the immune system from the scale of cells to that of landscapes, and test the methods on surveillance and control of insects of medical importance.

The new approach will be tested against a conventional one using a randomized cluster design in an ongoing Chagas disease vector control program in the city of Arequipa, Peru. Based on over a decade of work on this topic and region, the project will now apply this trial, using an implementation research strategy and framework to ensure to monitor indicators and outcomes and ensure rigor and reproducibility. The trial and subsequent evaluations will bridge participatory research and computational sciences to develop sustainable systems for the surveillance and control of triatomine vectors, as well as disease agents in general. Findings and lessons from this work can be applied to surveillance and control of insects of medical and agricultural importance, as well as for surveillance and management of other emergent health threats.

Epidemics of rabies, and other zoonotic pathogens, are ongoing in major urban centers across Latin America and worldwide, and among them, the city of Arequipa, Peru is in the midst of a canine rabies epidemic. The drivers of this epidemic work at many levels: Human and community level factors, including social norms and migration patterns, may explain the currently low vaccination rate of domestic animals against rabies. Urban geography and landscapes can also affect participation in zoonotic disease control programs, facilitating the emergence of canine rabies and complicating its control. We investigate new approaches for the control and prevention of zoonotic disease in cities integrating mathematical and social approaches. We use canine rabies as a model zoonotic disease strongly determined by urban dynamics. For this project we collaborate with the Ministry of Health in Arequipa, planning, implementing and evaluating dog mass vaccination campaigns.

Improving participation in vector control campaigns
Persuading households to adopt safe, effective, and low-cost interventions to improve health is challenging. Door-to-door health campaigns, once a staple of public health practice in the US, are now rarely used. In developing countries, door-to-door campaigns remain vital for disease prevention and dissemination of health-related products and services. Unfortunately, participation rates in such campaigns are often low, diminishing the effectiveness of low-cost, proven interventions. For example, current low household participation rates in the Chagas disease vector control program in Arequipa, Peru threaten Chagas control efforts in the region. Previous work has revealed a quiet epidemic of Chagas in poorer communities in Arequipa, where more than 5% of children are infected. The overarching goal of this study is to develop and evaluate new interventions to increase participation in large-scale public health campaigns, such as vector control campaigns, where high rates of participation are required to achieve health gains. The interventions are based on recent discoveries from behavioral economics about the common cognitive biases and mental shortcuts that contribute to low uptake of life-saving measures.

The resurgence of the common bed bug (Cimex lectularius) has created a complex and difficult public health problem. The hematophagous (blood-feeding) behavior of these insects coupled with their recent and intense proliferation in human habitats present an unambiguous potential for the transmission of infectious diseases. In 2014 we showed efficient and bidirectional transmission of T. cruzi between hosts and bed bugs in a laboratory environment. Most bed bugs that fed on experimentally infected mice acquire the parasite. A majority of previously uninfected mice become infected after a period of cohabitation with exposed bed bugs. T. cruzi is also transmitted to mice after the feces of infected bed bugs were applied directly to broken host skin. Our findings suggested that the common bed bug may be a competent vector of T. cruzi and since then more field projects and lab experiments have been conducted by our team to understand the risk these insects might pose for T. cruzi  transmission in endemic areas. 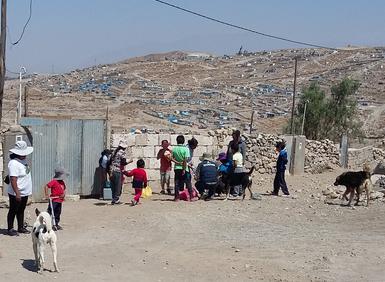